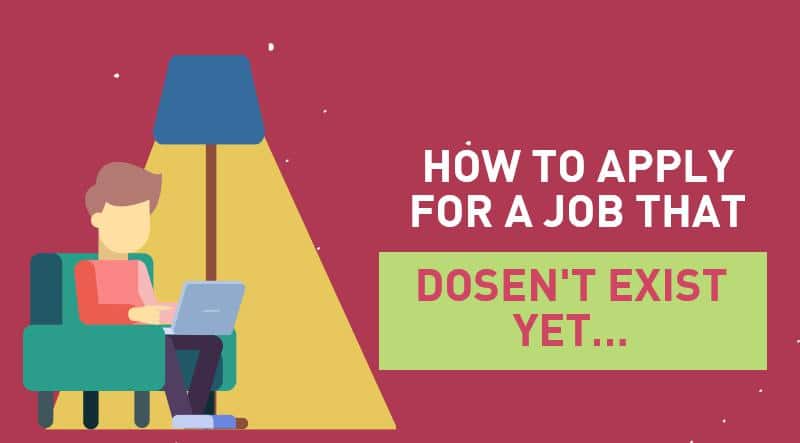 How to Apply for a Job That Doesn’t Exist Yet

You’ve been applying for jobs for months. You’ve exhausted all potential avenues. You’ve been turned away more times than you can count. You’re at your wits’ end. It’s time to make job opportunities where there aren’t any offered.

It can be a difficult task asking a company to employ you in a position they don’t even have, but people have done it before, many times, and succeeded. It’s all depends on how you go about it. In the end, what have you got to lose? Here are some tips on applying for jobs that don’t actually exist yet.

All this takes a lot of work. Jobs really don’t just happen. The people who have succeeded and gotten to where they are have taken risks. They’ve spent hours late at night – unpaid, doing all the things other people wouldn’t. They’ve been seen in the right places and they’ve stood up when others sat down. Above all, don’t accept less that you are worth. 80% of people are dissatisfied with their jobs, but the average person spends 90,000 hours at work in their lifetime. It’s important to go after what you love, even if it takes a bit of time. Applying for jobs can be hard, but it pays off when you score the career of your dreams.