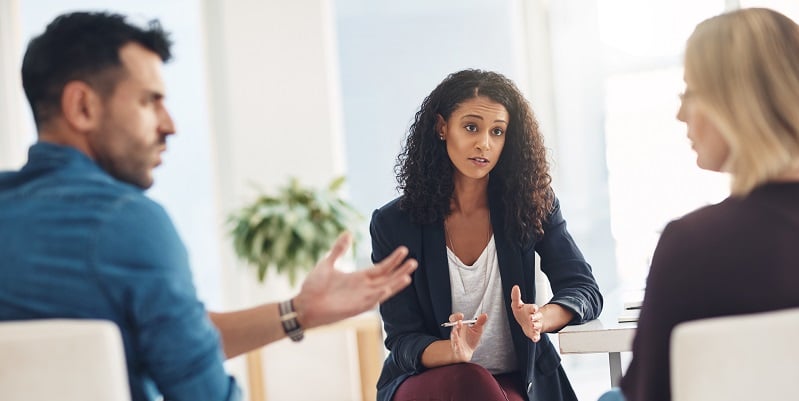 When things go wrong: understanding mediation, conciliation, and arbitration in the workplace

No workplace can be entirely without conflict. If everyone is striving towards goals, both in their career and for their organisation, there will be moments of disagreement and tension. Whether it be team leaders debating objectives, constructive criticism, or simply advocating for an idea, meaningful work conflict can be beneficial.

However, many types of conflict can be detrimental, both to employees and to the business as a whole. In 2016, half of Australian workers admitted to facing situations where serious conflict or other unhealthy work environments arose. Bullying, harassment, discrimination, and blame are just some examples of unhealthy conflict, but any negative interaction at work can leave employees feeling disengaged.

According to a report by Dr. Lindsay McMillan OAM, there is a correlation between employees who experienced serious conflict at work and job dissatisfaction. Furthermore, 1 in 4 Australian workers “experienced inconsistent application of company policies” in relation to conflict management.

When conflict cannot be resolved by talking it out, companies may have to employ mediation, conciliation, or arbitration in order to move forward.

To begin with, companies should have a comprehensive dispute resolution process in place. This could help resolve issues quickly before they escalate and require expensive external conflict resolution strategies, such as litigation or arbitration from the Fair Work Commission. It’s always best to try to resolve conflicts through mediation first before turning to more costly measures.

A Modern Award clarifies the minimum entitlements for any employee in addition to National Employment Standards. Currently, there are 122 Modern Awards. Under the Fair Work Act 2009 (FW Act), every Modern Award must contain a dispute resolution clause. As such, workplace disputes relating to Modern Awards can often be resolved by referencing the relevant Modern Award agreement and following the steps involved.

However, if in following the stages referred to in the clause, the parties cannot come to an agreement, either party or both, can refer the issue to the Fair Work Commission for arbitration. All employers should be well versed in the dispute resolution procedures relevant to their workforce.

If neither of these dispute resolution methods applies to employee or employer, the procedure included in a contract of employment should be followed.

The standard Modern Award dispute resolution process proceeds as follows, however, companies may choose to include a mediator or conciliator in discussions before reaching the stage of requiring the help of the Fair Work Commission.

Not all workplace disputes relate to issues with Modern Awards or enterprise agreements. Mediation can also be used to solve a variety of other workplace grievances, from disagreements over team responsibilities to employee feuding.

Mediation is a process whereby a third party is involved in, but not responsible for, resolving the conflict between two parties. The mediator is a neutral party used to manage and define the conflict resolution process. In other words, they are used as a way to ensure that the parties involved ‘stay on track’ in resolving their issues. This is an opportunity to air grievances and discuss issues before requiring help from the Fair Work Commission.

There are instances where an organisation will involve an external third party to take HR’s place in the mediation process. This could be due to conflict of interest, or in situations where HR do not have the correct skill set or level of experience to handle the situation..

Conciliation in the workplace

Conciliation is often used interchangeably with mediation due to their similarities. Conciliation allows a more investigative approach. Such a process allows the third party to investigate employers once an employee has lodged a claim against them in relation to a legislative breach.

The Fair Work Commission often uses a form of conciliation. If parties have exhausted all efforts to resolve an issue, either on their own or with the assistance of a mediator they will use conciliation.

Unlike a mediator, the conciliator will play a more active role in the conflict resolution process. They have the ability to provide assistance, encourage parties, and to intervene where they feel they need to.

Unlike mediation and conciliation, which focus on the interest and needs of both parties, arbitration is focused on legal rights before individual wishes.

Arbitration involves both conflicting parties being heard by a third party. The parties are to present their case/matter, along with any supporting evidence.

The arbitrator is used as judge and after hearing both parties they impose a decision, which is legally binding. Given that both parties need to present their case and ultimately argue their point, arbitration can be seen as more confronting in comparison to mediation and conciliation.

In Australia, the arbitration process is often carried out by the Fair Work Commission or various State Industrial Commissions. Given the win/lose approach to the outcome, many organisations use arbitration as a last resort when mediation and conciliation fail.

There is no one way to resolve disputes in the workplace. Sometimes employee grievances can be addressed simply by offering them an opportunity to be heard. Other times you may need to employ more structured measures to come to a resolution.

By ensuring you have a conflict resolution process in place when conflicts arise, they can be dealt with swiftly and professionally, hopefully leaving all parties feeling that their issues have been heard, and that they have been treated with respect and dignity.