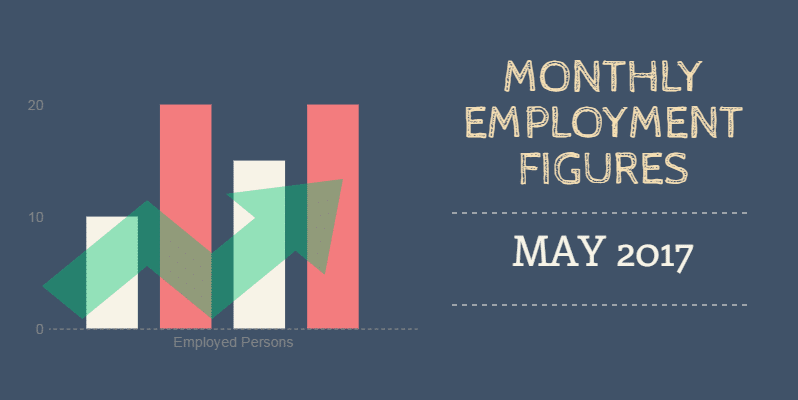 Once again, the month exceeded expert predictions. The unemployment rate dropped to a four-year low, at a seasonally-adjusted 5.5%. 42,000 people found jobs during May, compared to the 10,000 forecast by experts.

New South Wales saw the highest number of jobs added with 32,600, followed by Victoria with 6,900 and Queensland with 5,500. All states and territories except South Australia saw a rise in trend employment.

Chief economist at CommSec Craig James said that such growth, coupled with previously strong March and April, will provide a driving force for the economy.

“More jobs and more hours worked means more spending and more momentum for the economy. This is a result to be celebrated by consumers and businesses alike…the Reserve Bank certainly won’t be in a rush to lift rates,” James said.

Full-time positions and hours are up

The participation rate – those over 15 who are working or seeking work – remained stagnant around 64.9%. The employment to working-age population ratio surged to 61.3%.

“Full-time employment has increased by around 124,000 persons since September 2016, with particular strength over the past five months, at around 20,000 persons per month,” said Chief Economist for the ABS, Bruce Hockman.

The Commonwealth Bank reported that the Australian dollar jumped to US76.15c from US75.85c after the encouraging numbers were released.

Opposition employment spokesman Brendan O’Connor told the Sydney Morning Herald that despite such figures, it isn’t all easy sailing for the labour market.

“Despite the rise in hours worked this month, hours worked per capita is at levels not seen since the mid-1990s, which emphasises the growth in part-time employment,” he said.

“Underemployment remains at record highs, with more than 1.1 million Australians wanting more work but not being able to find it,” Mr O’Connor said.