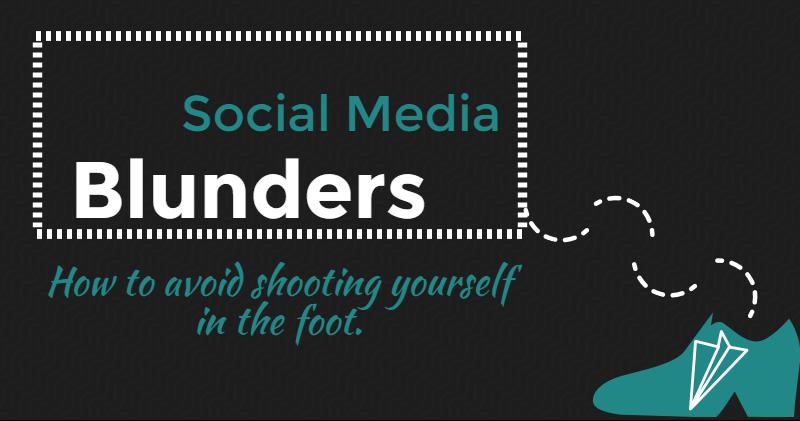 Social Media Blunders: How To Avoid Shooting Yourself In The Foot

Ever since the emergence of social media, people, the young in particular, seem to be more and more at ease with what they post online. Though many people are aware of the possibility of cyber-bullying or harassment should they disclose certain information, some have forgotten just how many other things can get you into trouble – especially with your boss! Here is a list of some common social media blunders to consider before your next upload.

One of the most common social media blunders. It always come back to bite you. If one things for certain about the Internet, is that once it’s up there you don’t know where it will go and how long it will stay. Many a devious worker has been caught out on a “sick day”, only to be tagged in or have posted some incriminating evidence.

From government employees to film extras, plenty of people are consigned to non-disclosure and are meant to be keeping secrets. However despite strong suggestion and potential repercussions, some staff have still been caught leaking privileged information. Even if it looks harmless, always think twice about posting that sneaky photo or spilling the gossip to your best friend.

Complaining online is one of the easiest social media blunders to make. Everyone has a whine about work at some point or another. However, putting your frustration on a public forum is a one-way ticket to trouble town. Though you may not be legally obliged restrain yourself, a Facebook outburst speaks to your character as an employee. So don’t be surprised if you subsequently get shown the exit door.

Arguing with / Abusing someone

Every company has a reputation to uphold. And though you may think that your personal accounts and your profession are two entirely separate things, this is not always the case.  Most businesses will expect you to uphold certain decorum, as a representative, both in and out of work. If you know you are someone who is easily baited into arguments it might be easier to steer clear of social media altogether.

A little common sense goes a long way. We all have our different senses of humour: but be warned. It only takes one post to offend, to humiliate or to degrade. This also includes using popular hashtags to promote yourself or your business. Social movements or global tragedies should not be used a means to get ahead.

They say you should never discuss religion or politics at a dinner party. Now imagine you have invited several hundred people to that dinner party and that is what posting online is like. Discussing highly emotive topics in a public forum will changes people’s opinions of you, for better or worse. And even though it has nothing to do with your boss, there’s a chance they will read it. And once they have read it, everything could change.

What do you think? Have any more tips for keeping yourself out of social media blunders?