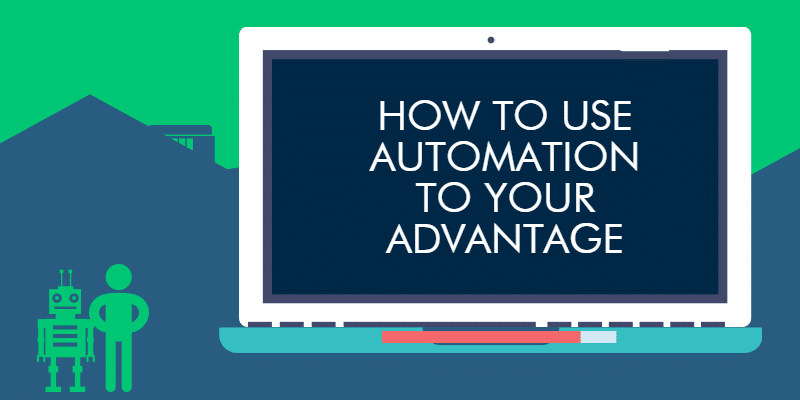 How to Use Automation to Your Advantage

Automation is inevitable. It will create significant change in workplaces and businesses across the world. A report by McKinsey Global Institute has discovered that automation cannot only be work on the part of machines. There will need to be a symbiosis between people and technology for automation to thrive.

Where 100 years ago we used machines to perform physical labour, technological improvements have thrust us into an automated age. Robots and machines can now make decisions and complete complex tasks. They can drive cars, do your banking, even clean your house.

This age of automation will affect the way everyone does their job. But how? And how soon will automation be introduced, making an impact on our workplaces and global economy?

The new McKinsey Global Institute report, A future that works: Automation, employment, and productivity, looked at the potential effects of automation on industries and the workforce.

Automation can often increase the speed and accuracy with which a task is completed. As with the computer that can play chess, machines can often do things beyond the level of human skill.

What’s more, machines can provide the productivity required to boost the economy. With less people of working-age, automation can pick up the slack. MGI believes in the next fifty years, automation could increase global productivity by up to 1.4% a year.

Less than 5% of occupations could be fully automated with today’s technological advancements. However, almost every job has a portion with the potential to be automated.

According to MGI, approximately half of workplace tasks could be taken over by the automation technologies currently available. If these jobs were taken over, it would save about $15 trillion in wages.

Jobs that are most likely to be automated are those that are repetitive, for example data input and analysis. These kinds of jobs account for over 50% of work in the US economy. Roubler, for example, fully automates menial human resources processes. Time wasted on data entry, or sifting through inappropriate resumes is eliminated. This saves time, resources, and money.

However, rather than taking over their positions, people will find ways to use machines to complement their work. Automation will work with people to increase productivity and create the best possibly outcome.

But this will not happen immediately. There are still large advances to be made before technology is efficient enough to work in conjunction with people. There are ways you can integrate automate processes now. However, it may take years before it is entrenched enough in the workplace to be seamless.

Advancement is effected by costs, investment, supply and demand, and market needs. Even factors such as social reception or laws can change the progress of automation. MGI believes that approximately half of current tasks in today’s workplace could be taken over by machines by halfway through the century.

While progress could be slow overall, at the level of individual businesses it may seem far swifter.  Employees whose lives are changed by the automation of certain tasks will notice it far quicker than the rest of the world.

Whenever the topic of automation is brought up, the focus seems to be on job loss. Many worry that their jobs will become obsolete in the face of new technologies. However, while many workers will have to adapt and grow, machines will create stronger economies.

The average workplace will look very different in a few decades time. However, the changes created by automated processes will unleash opportunities for even more jobs.

The future is uncertain, and we may never know what may happen in the decades from now. However, the research suggests humans will not be obsolete. Employees will learn to adapt, and will have to be prepared to work alongside machines in a new, integrated workplace.