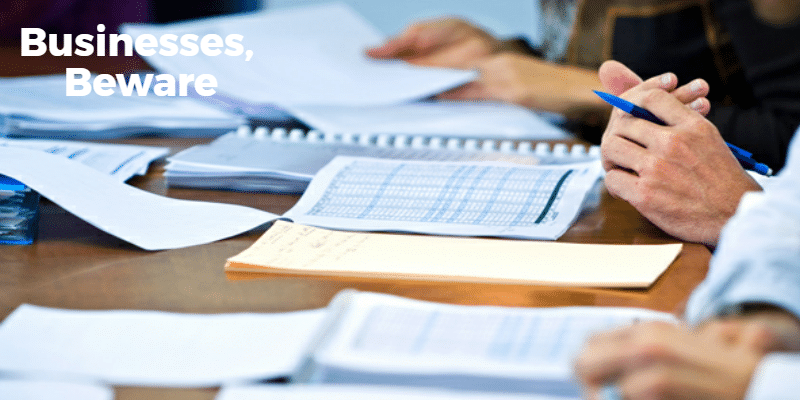 In stressful news for Australian business owners, the House of Representatives has passed changes to the Fair Work Act. The ‘Protecting Vulnerable Workers’ Bill proposes changes to the current Fair Work Act of 2009. The Bill intends to protect those most susceptible to underpayments and unfair conditions. It aims to do so by implementing new measures which, if not addressed fittingly, could be detrimental to your business. Although the Bill is yet to be passed by the Senate, it is expected by industry that this will be finalised by the end of 2017.

Firstly, the Bill moves to increase the maximum penalty for non-compliance with the Fair Work Act. Any ‘serious contravention’ of the given workplace laws will be met with stricter punishments than previously. The Bill defines ‘serious contraventions’ as ‘deliberate and systematic’ non-compliance, as opposed to ‘genuine mistakes’. It will see penalties for serious contraventions jump to $540,000 for body corporates, and $108,000 for individuals. Previous fines were only $51,000 per company and $10,200 per individual. The Explanatory Memorandum notes that the previous penalties weren’t high enough to properly deter businesses from non-compliance. Such a massive hike indicates that Fair Work is intent on drilling down on non-compliant businesses.

There will be amplified penalties for failures to adequately record-keep. The Bill expressly bans employers from demanding employees to make cash-back wage payments. It will also fortify the evidence-gathering powers of Fair Work to ensure thorough examination of every act of worker exploitation.

However, perhaps the most daunting amendment for business-owners is the added onus on franchisors to be on-top of compliance. The franchisor (company) that permits an individual to handle a sector of their business will now be accountable for any employee underpayments and unfair conditions.

In order to determine if the precautions taken by the franchisor were ‘reasonable’, Fair Work will consider a few elements. These include the size of the company, how much control they exercise, the way they address complaints about non-compliance, and actions taken to prevent non-compliance. Turning a blind eye, or intentional ignorance, to underpayment will not be a viable excuse.

If the franchisor has taken such reasonable steps, they will not be liable. Ensuring your company is operating on a reliable HR and payroll software system may be one of the easiest ways for franchisors to prove that they are trying their best to stay compliant.

Non-compliance a serious issue in Australia

The Bill comes after yet another financial year riddled with non-compliance fines issued to large and small businesses. Dominos, Coles, 7-Eleven, Bakers Delight, and Grill’d are just a few of the companies fined by Fair Work in recent months for non-compliance. Cases of franchisees ripping off vulnerable workers have become all too common according to Fair Work. The previous financial year, Fair Work recovered over $3million in underpaid wages for visa workers alone.

Just last week, one café franchisee in Brisbane was fined $180,000 for a series of Fair Work Act contraventions.

“The exploitation of workers from other countries who are inspired to live and work in Australia with the hope of achieving permanent residency needs to be discouraged, in the strongest of terms whenever it is apparent that it has occurred. This is one of those cases,” said Judge Michael Jarrett who presided over the café case in court. It was eerie foreshadowing for the new Bill which, one enacted, would see the café’s franchisors also guilty in a case like this.

Fair Work Ombudsman Natalie James submitted a Senate Inquiry earlier this year regarding the new Bill. She noted that the measures included within it will provide great assistance to Fair Work’s fight against worker exploitation.

“We will do everything within our power to pursue any employer who thinks they can exploit the power imbalance they have over migrant workers they employ,” Ms James said in a statement.

If you’re a franchisor or business owner, these amendments impact the way you run your company. Potential fines of over half a million dollars, and Fair Work’s history of intense media scrutiny of non-compliant companies, could be immensely damaging for your business.

The best strategy for your company is to get on top of your compliance as soon as possible. Operating a fully compliant workforce management system will allow you to prove that you’ve taken reasonable steps to prevent violating the Bill. Furthermore, you will avoid Fair Work non-compliance issues all together. Employing an expert end-to-end HR and payroll system guarantees that your payroll is always adhering to Fair Work’s standards. It also ensures a tidy record of all payments.

Roubler provides full award interpretation for all Modern Awards backed by a fully integrated and managed payroll platform, ensuring absolute compliance is achieved. Roubler stays up-to-date on all changes to award structures to eliminate that burden from your workload. If you would like to find out how we can assist your company in keeping compliant with this new Bill, please get in contact today.